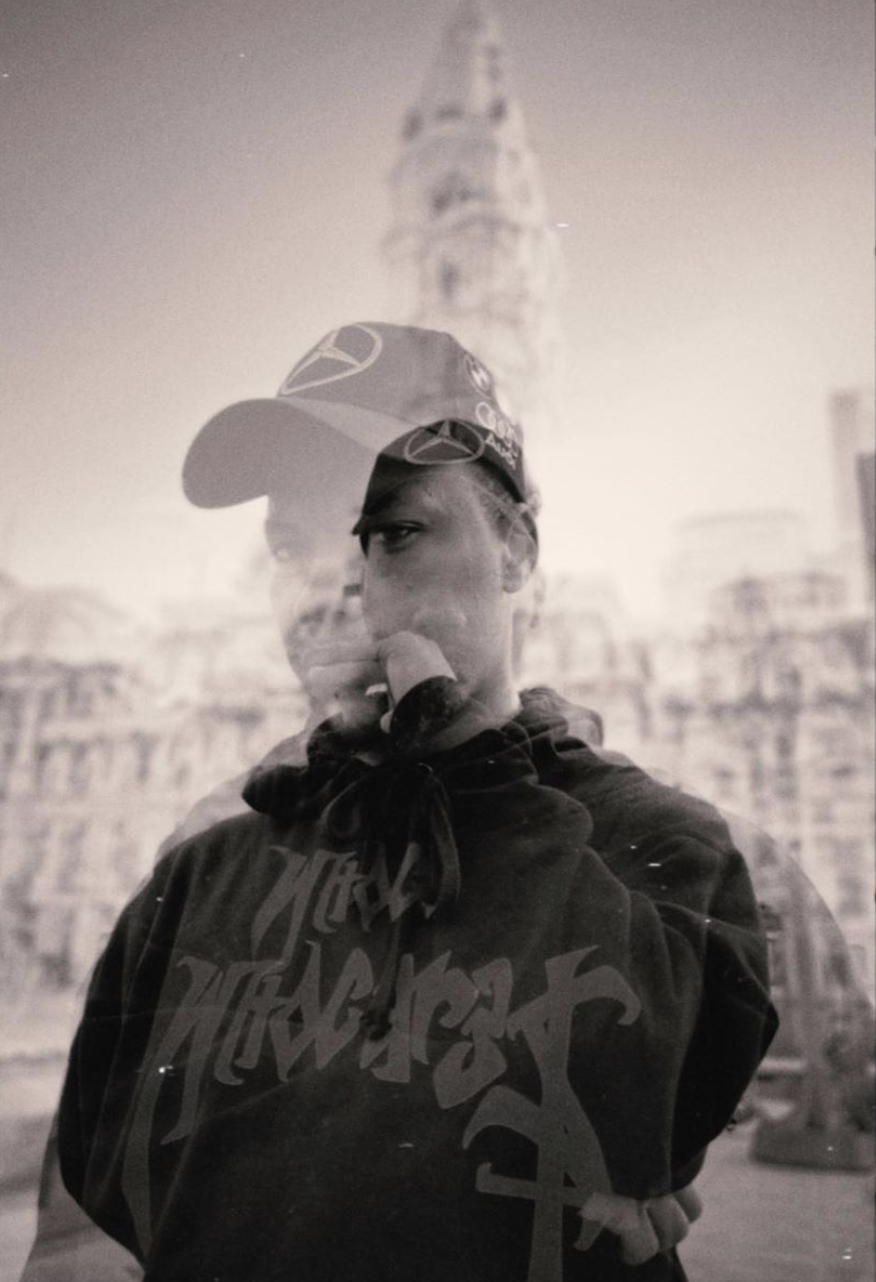 As the Philadelphia lockdown carries on, so does the music and skate scene here in the city. At the epicenter of both those arenas, I was introduced to QThree. I got in contact with him to go in depth about who he is, what he comes from, and how it feels to be one of the most talented producers working out of the 215.

I’m alive bro I can’t complain. I say that a lot because I know no one wants to hear it. This pandemic has been a 50/50 for me. Really eye-opening, reconnecting me to my spiritual side. Also making me regain focus on my mental health, as well as my physical health. It’s been stressful but very growth-filled.

You grew up in Philly, right? What was the first kind of music you got exposed to, and who was it that was putting you on?

The first kind of music I can remember being exposed to was classical and Jazz music. My grandfather would play it in the morning driving me to school and at night if we went out on 90.1 on the radio station. I was also exposed to soul music of course. Marvin Gaye, Curtis Mayfield, Etta James, Patti Labelle. My mother would clean the house and play a lot of Sade, Jill Scott, and Anita Baker. My mom played me my first hip-hop album, The Miseducation of Lauryn Hill. It wasn’t the first hip hop song I can remember, but it was my first experience with an album.

Were there any specific scenes that you grew up around that influenced what you listened to?

I grew up in the church. I used to sit in my mother’s choir rehearsal, I was also in the children’s choir. By the age of 12, I was engineering the live sound in my church and handling the manufacturing of the recorded services. I’m also from the hood, there was no avoiding hip hop and the contents of the lyrics.

When/what did you first hear that made you want to start making beats? How many years have you been doing it now?
Still D.R.E. was the instrumental that made me want to make beats. I made my first official beat in the 9th grade. At the end of the year, my teacher had a competition in computer class and we were instructed to use the apple loops in GarageBand to make a composition. I had the best beat, so my first beat was lowkey from a beat battle [laughs]. I didn’t start taking producing seriously until Freshman year of college when I was 18. It’s been on ever since. I’ll be 28 this July.

Were you always rapping too?

Back in grade school, we were really influenced by the Rap DVD era in Philly. I wasn’t always as nice at rapping as my peers. In 6th grade, I was the beatbox guy they would tell to “hit the beat” when my associates had rap battles. I was always the best at it in the class, despite being an outcast in those early years, music was a way I could connect with everyone. I also used to bring in my radio and we would dub tapes of us rapping on it in music class. I got into hip hop by rapping and making beats.

That’s sick, If you had to pick an all-time favorite producer who would it be?
The RZA. He is the perfect example of orchestrated chaos. When I hear RZA I get a representation of art, I can hear human mistakes, as well as borderline perfection. He was also the first to sample a high-pitched soul sample. That inspired so much of hip hop, and it’s still an element that can connect the most even through modern rap and the new generation of listeners. Wu-Tang Clan’s production is my all-time favorite. The C.R.E.A.M instrumental revolutionized hip hop production.

What was the first cosign that really meant something to you?

I wouldn’t consider myself as receiving a “cosign” yet because usually when you get those, your career “jumps off” and you “blow up over-night” when Alchemist and Evidence first started publicly saluting me on twitter it was definitely a special moment for me. They even supported my projects.

How was being able to work with Evidence?

Genuine. Everything is organic with Ev. When I first started tweeting that I was moving to LA he never hesitated to reach out and make sure I connected with him. He still to this day will check in with me on a personal level. I’ve learned and am still learning a lot about life from him aside from music. Me rapping to one of his beats just happened naturally.

What’s the worst misconception people have about producers, or what’s your biggest pet peeve in working with rappers?

I’m not sure what kind of misconceptions people have about producers, but I do know a lot of people fail to give a producer credit for a song. The lyricist always gets the recognition for a beat and it just doesn’t make sense to me.  Working with rappers is always a different experience. My pet peeve in working with anyone is bad communication. Waiting too long to hear back about a beat, if they’re going to use it or if they want a different vibe. It’s like pulling teeth. I work best with any artist who knows how to communicate outside of their ego.

What kind of hardware do you usually work with? What are you working with right now?

Therapy. The support is a plus, and I’m eternally grateful for it.

You do all your own cover art, right? Where did the inspiration for that come from?

Yes, I do. I drew my first picture when I was 3 years old. Art has always been a part of me. Audio Is just another medium I create with. I can’t even finish a project without staring at the artwork. Music for me is scoring my visual art with its own soundtrack. Besides graphic novels and anime, the inspiration for my visual art comes from somewhere beyond explanation. Most likely God and my ancestors.

It depends on my mood and where I am. If I’m not at home, I’m over at Krouse Quality studios, If I’m not there I’m at sadhu’s making beats with him. I make most of my own solo work on my own in solitary. I produce, record and engineer, so everything gets done on my time, when and how I want it to be. I hate studios. I’d rather be in comfort in order to express myself appropriately.

Tell me a little about Baked (Life) Recordings

Baked life is a brotherhood established in 2011. We were brothers for years before then, bonding through the skateboarding lifestyle in Philadelphia. Under the organization of one of our founder’s Mark Ryan, we formed together as a rap group: “The Bakery Boys” and we fully embody the representation of “Brotherly Love.” We were the first rap group of our generation to bring “being yourself” into the music scene in Philadelphia. I would be nothing without Baked Life. The “recordings” aspect is our independent label imprint. Consisting of members: QThree aka EAR.DRUM, Mark Ryan, Drip, TJ ATOMS, Atar’e Godspeed, Veeay, Mr. Joe Cool, Reef Raw, Dook, Cousin Ab, Davey Denairo, and KiDZER0.

You just dropped a compilation tape on Bandcamp called Deaf Tricks, with stuff you worked on for skate videos with Thrasher, Sabotage, DGK, and DC, how does it feel to have something like that under your belt?

If it wasn’t for skateboarding, I wouldn’t even have baked life or anything. Big thanks to Brian Panebianco for calling me to his crib one night in need of an instrumental for Dylan Sourbeer’s Sabotage 4 part. As the Sabotage brand started to grow, Thrasher reached out to clear music from me for their exclusive premieres. I feel blessed to belong to skateboarding in my own way because I damn sure ain’t nice enough at it to go pro. [laughs] 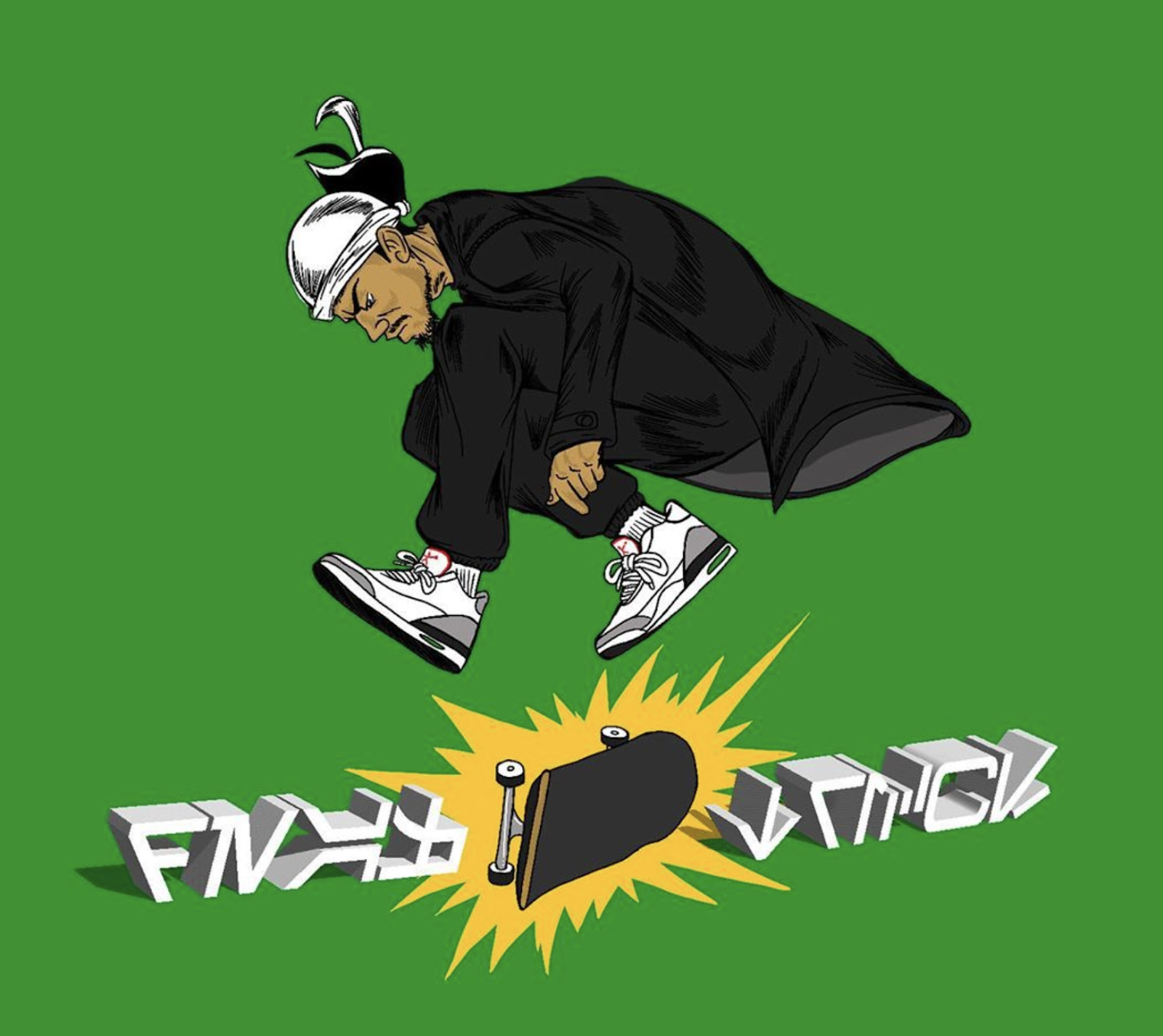 If someone reading this is unfamiliar, what would you recommend they listen to?

Everything. not even just mine. Get familiar with the family.

You had a beat battle with Sadhugold recently, how did that go and give me a little insight into your relationship?

I’ve known him for over a decade. We started making beats at the same time, we bonded first through trading vintage clothing and through Pokémon. Battling was in our nature. We always tend to challenge each other just like Ash and Gary, Red and Blue, etc. It definitely helped with my growth as an artist as well. The battle was awesome. It was actually the first Instagram live-battle in history, for those who are not aware. He put up a great fight, but I won. [laughs]

You said you have another tape dropping in the near future, anything in regards to that you can expound on right now?

To wrap up, tell me about how important Philly is to you, and the impact it has on the music you make? Obviously, this city has a lot to it, but what are the aspects that not everyone understands? -Do you ever see yourself living elsewhere?

Philadelphia is the greatest city in the universe. There is a code of realness I have never experienced anywhere else. Everyone here is actually aware that they are a human being, I’m grateful for how humbling it is here. I lived In LA for 2018-2019 and when I moved back home, I nearly kissed the ground. It’s so much love here. I don’t know if I could find it anywhere else, and I feel great about it.

Any shout-outs or last words?